When Will They Shower? 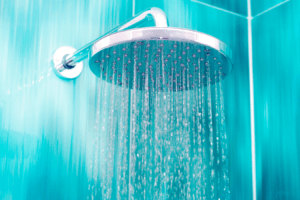 When we were approaching adulthood, our parents and mentors encouraged us to “get a degree”. It wasn’t something we even questioned. It seemed obvious, a degree leads to better jobs, more money, a more comfortable lifestyle. Forty odd years ago, there was little doubt a university degree would generally result in a more prosperous career. Without knowing it, we were being encouraged to shower before work in the morning rather than after work in the evening.

Things are changing, but are they changing quick enough? A recent study found 96% of Canadians agree the workforce needs more skilled trade workers. Yet, the same study found 76% of Canadians would never pursue a skilled trade themselves. In Alberta for example, there’s an estimated 30 percent shortage of skilled labour. Similar challenges can be seen across the country.

We who obtained degrees are likely to have grown up helping a parent with a home project, doing whatever was needed on a farm or tinkering with the car when we were young adults.  Without really recognizing it, that translated into being more self-sufficient in our own homes and lives. Yet, when the time came, we went to university or college, not giving a second thought to a “manual job”. In the ensuing 40 years, the economy has evolved; building codes have become more complex and demanding, the technology behind trade jobs (plumbing, electrical, etc.) have become much more advanced so now more among us rely on a tradesperson to fix and renovate our home and service our vehicles.

Something to consider; trade work cannot be offshored. We will always need services here, where we live. The same can’t necessarily be said for a university-trained individual; technical or financial jobs can move around the globe in the blink of an eye. Score (at least) one for the trades!

As to the cost of an education; a university degree costs anywhere from $10,000 to $50,000 a year just for tuition, with only the top students winning scholarships. Trade schools generally cost less, between $2,000 and $18,000 a year. Often, with the broader availability of scholarships and grants, this can be even less.

StatsCan data shows completed bachelor’s degrees have grown by 90%, while the number of people entering trades are flat or dropping. Our federal and provincial governments see the data and are reacting to the need. A quick scan of the news channels demonstrates there are provincial and federal programs across Canada with millions of dollars being invested to encourage people to join the trades.

As a nation, we’re also faced with a climate-driven energy transition. This transition is going to require skills of all kinds, but assuredly, without growing our manufacturing and construction sectors which are driven by the trades, we shouldn’t kid ourselves the transition to Green is going to be achievable in our lifetimes.

So, what can we do as parents, grandparents and mentors? Do we want to rely on the government alone to stimulate trades growth? Have we taken the time to consider how we might talk about trades with the next generation in our country? It’s high time to encourage the youth of today to take a good hard look at trades positions – our country needs them.

“Yeah, but Our Industry is Different”

How a Mountain Climb Set the Tone for My Business Life